A better understanding of coronavirus biology can enable development of new antivirals to help stop COVID-19 and prevent future pandemics. In recent work, Puthenveetil et al. characterized S-acylation of the Spike (S) protein of SARS-CoV-2. This post-translational modification is known to be important to the viral replication cycle of other viruses across multiple virus families but has not been studied in SARS-CoV-2.

S-acylation involves adding long-chain fatty acids to cysteine residues on the cytosolic side of transmembrane proteins. The cytoplasmic tail of the SARS-CoV-2 S protein contains 10 cysteines in 6 potential S-acylation sites. Puthenveetil et al note that all but one of these are conserved with SARS-CoV, and most are conserved with other coronaviruses that infect humans, including MERS. Still, nothing is known about what role, if any, the S-acylation of these cysteines may play in the biology of these viruses. 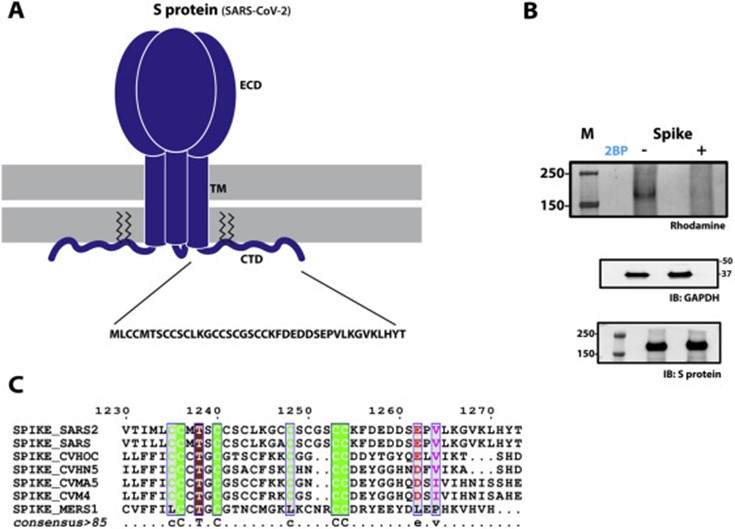 Figure 1 from Puthenveetil R, Lun CM, Murphy RE, et al. (2021) S-acylation of SARS-CoV-2 Spike protein: mechanistic dissection, in vitro reconstitution and role in viral infectivity. Licensed under CC BY 4.0. The Sapphire was used to image chemiluminescent snd NIR western blots to control for protein loading and S-protein expression in the S-acylation assay (panel B).

To answer that question, the authors expressed S protein in cultured cells and carried out metabolic labeling with a fatty acid that was detected using a rhodamine-labeled fluorescent probe. They found substantial S-acylation that was blocked by 2BP, a global inhibitor of S-acylation. The authors also found the S-acylation of the S protein was dependent on the presence of the cysteines in the C-terminal domain.

Further experiments expressing mutated versions of the S protein identified which cysteines were S-acylated, the effect of mutating these cysteines on particle infectivity, and which members of the human family of enzymes that carry out S-acylation were able to modify the S protein in cells and in an in vitro assay.

To control for gel loading and S protein expression in the S-acylation experiments, the authors used the Azure Sapphire Biomolecular Imager to detect GAPDH by NIR fluorescence and SARS-CoV-2 S protein by chemiluminescence on Western blots.

In addition to chemiluminescence and near-infrared fluorescence imaging, the Sapphire provides densitometry, phosphor, multichannel fluorescence, and white light imaging of blots, gels, tissues, and more. Learn more about the Sapphire Imager and how Azure can support your research by clicking here.

Have you published with one of our instruments? We’d love to read it! Send a link to your publication to info@azurebiosystems.com- we’ll send you something for sharing.