The Azure team has created significant shareholder value and has been developing and marketing industry leading bio imaging systems for more than 20 years. 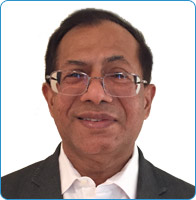 Mr. Shivji has been a serial entrepreneur and a venture investor as a Partner with Global Asset Capital (a silicon valley based VC firm) and VPSA (a Paris based VC firm) since 2002. Prior to founding Azure Biosystems, he was the co-founder, Chairman and CEO of Wafergen Biosystems, a biotech firm based in Fremont, California. Prior to that, he founded Cyras Systems and served as its President and CEO until it was acquired by CIENA for $1.5 billion in March 2001 and became Ciena’s Metro Switching Division President. He also co-founded Fiberlane Communications, which changed the face of the networking communications industry when it split into Cerent (acquired by Cisco for $6.9 billion) and Siara Systems (acquired by Redback Networks/Ericsson for $4.3 billion). Mr. Shivji also founded OSIware, a communications software company that was sold to Infonet, a value added service provider now part of BT Group plc. Mr. Shivji has served on several Boards including Involver/Oracle, Wafergen Biosystems, OneAccess, Silecs, Neophotonics and is a Charter member of several entrepreneurial organizations like EPPIC, TiE, ASVC, AAMA and OPEN. Mr. Shivji holds a B.S. degree from the University of British Columbia. 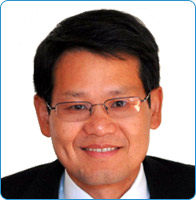 Dr. Diping Che has over 15 years experience in management and development of innovative imaging instruments for the life science market. Prior to founding Azure Biosystems, Dr. Che served as Vice-President of Research and Development at Alpha Innotech, a publicly traded life science imaging company. Under his leadership, the Company introduced a number of innovative instruments with first year sales exceeding $9 Million in revenues. Prior to Alpha Innotech, Dr. Che served as Associate Director of Research and Development at Illumina (NASDAQ: ILMN) where he was responsible for the development and launch of their expression array imager with first year sales exceeding $50M. Prior to Illumina, Dr. Che held various positions at Vysis, Inc. and World Precision Instruments, Inc.. Dr. Che received his B.S. in Chemistry from Nankai University and his Ph.D. in Chemical Physics from Syracuse University. 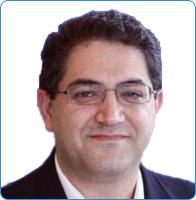 Mr. Ghazvini is a serial entrepreneur and has over 20 years executive management experience in the life science market having served in senior management roles in strategic and corporate planning, marketing, global sales and distribution, and business development. Prior to Azure Biosystems, Mr. Ghazvini led Marketing and Business Development at Alpha Innotech Corporation, a pioneer in the field of imaging and informatics (NASDAQ: APNO acquired by Bio-Techne (NASDAQ: TECH)). Prior to Alpha Innotech, he served as Vice President of Marketing and Business Development at Combimatrix Corporation (NASDAQ: CBMX) and led the commercialization of its pioneering genomics platform and established its partnership with Roche Molecular Systems. Mr. Ghazvini was also founder and CEO of Nucleotech Corporation, a venture backed imaging and bioinformatics company. Mr. Ghazvini has his BS in Genetics at University of California at Davis and attended graduate school in molecular biology at San Francisco State University.

Mrs. Isailovic has over 15 years of experience in the life science market, with a particular focus on protein characterization, quantification and imaging. Prior to joining Azure Biosystems Mrs. Isailovic served as the Director of Marketing at Aplgen Inc. (now Gel Company) where she drove the development of new and existing products and global marketing in a forward-facing role. Other previous roles included Product Manager at Fluidigm Corporation and Marketing Manager at Alpha Innotech (now ProteinSimple) a pioneer in biomolecular imaging. At Alpha Innotech Mrs. Isailovic drove the development and launch of FluorChem Q and the Red Imager which accounted for over 25% of company revenue following their release. Mrs. Isailovic received her bachelors degree in Molecular Biology from Pomona College and her Masters in Molecular Cell Biology from the University of California, Berkeley.